In order to move one step further on the evolution of the project Symbiotic Machine, ‘Caravel’ is created in this project. Caravel uses Microbial Fuel Cell (MFC) technology to harvest electricity from anaerobic bacteria and organic components in the water. The hexagonal form has the function to exactly match and join other Caravels to create a bigger surface and operate as a swarm.

Caravel has a big hexagonal frame, consisting a set of 13 smaller hexagons and 6 trapezoids. The trapezoids are containers for water plants. Some water plants are invasive, but some of them have the ability to filter the water, i.e. Pistia. Inside the trapezoids, the plants are in a controlled system which will prevent them to proliferate in the whole water surface, and at the same time help in the filtering together with the MFC.

The six smaller hexagons on the edge are floaters. The other seven placed in the centre are the organic batteries and filtering devices. They are composed of a stainless steel metal mesh working as a cathode. In the centre of each metal mesh a carbon brush – that works as the anode, is submerged in the water. The bacteria (mainly Geobacter species in this project) that are attached on the brushes can convert pollutants into electricity. The electricity is stored inside the machine and is used for small functions and movement when necessary.

Polluted water in lakes and lagoons contains various chemicals, which are the food for the bacteria to produce electricity. In these circumstances, Caravel can operate as a colony of filtering bio-machines that inhabit the environment to be able to clean, purify water and at the same time harvest its own energy while slowly drifting through remote areas and polluted waters in cities.

In the context of WATER.WAR and in collaboration with the scientists of LabMET, Faculty of Bio-Engineering at the University of Ghent, Ivan Henriques developed a floating mobile robotic structure which harvests and stores it’s energy from Microbial Fuel Cells. Microbial Fuel Cells, or MFC’s, are devices that use bacteria in waste water as the catalyst to oxidise organic matter and generate electricity. The energy harvested from the MFC’s is applied to move the robotic structure and at the same time to clean the polluted environment with the help of water-purifying plants integrated in the structure. The development of this prototype is part of the evolution of bio-machines previously built by artist Ivan Henriques, which are hybrid forms between living organisms and machines creating an evolutionary vector between machines and nature. 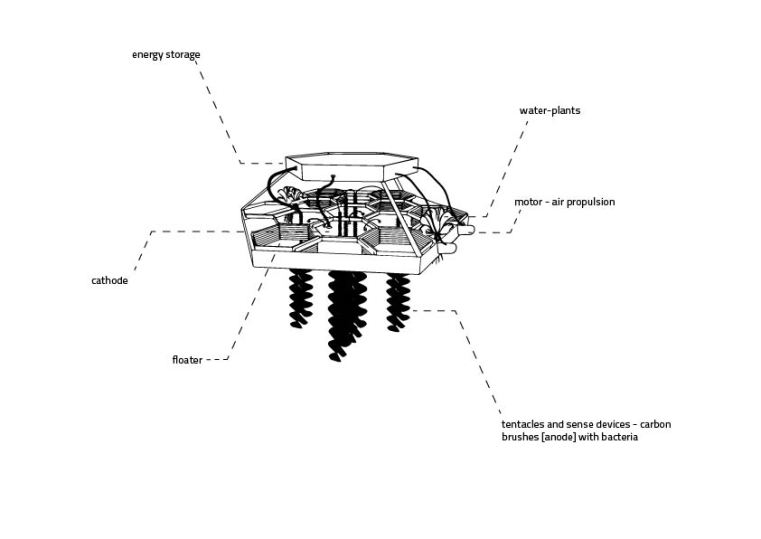 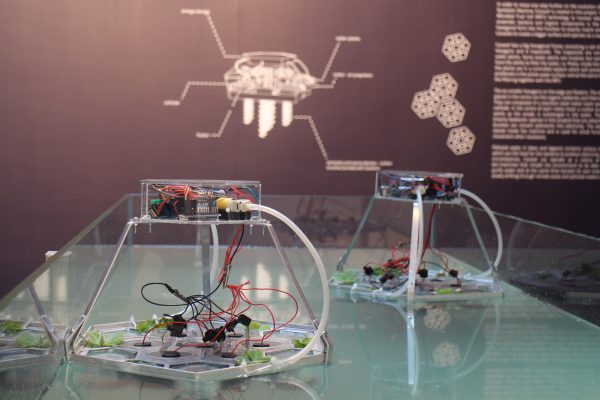 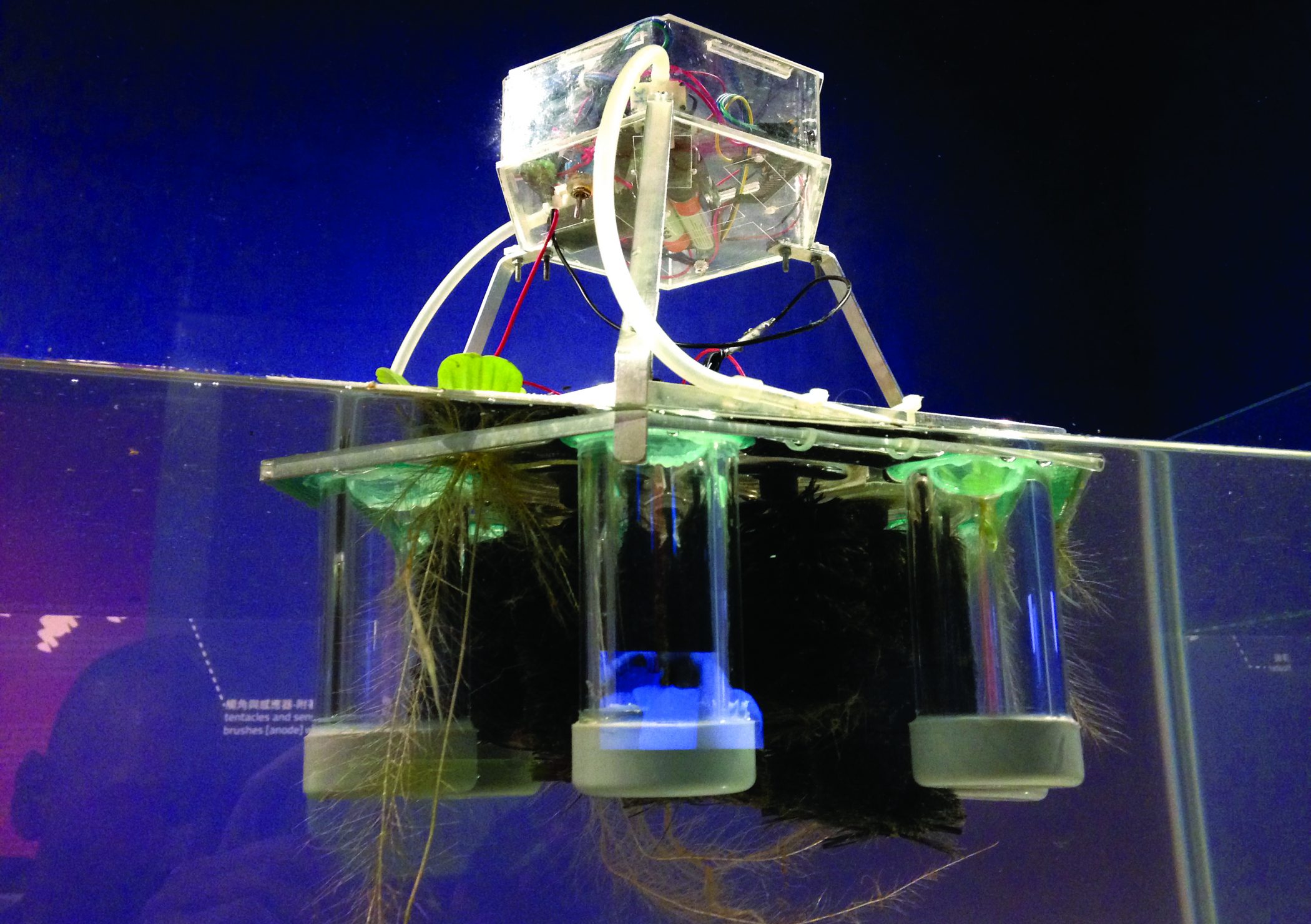 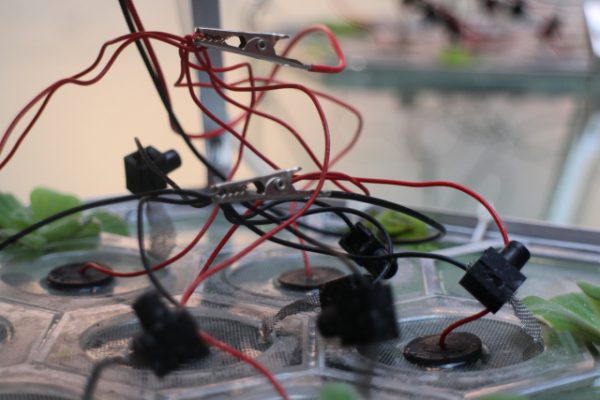 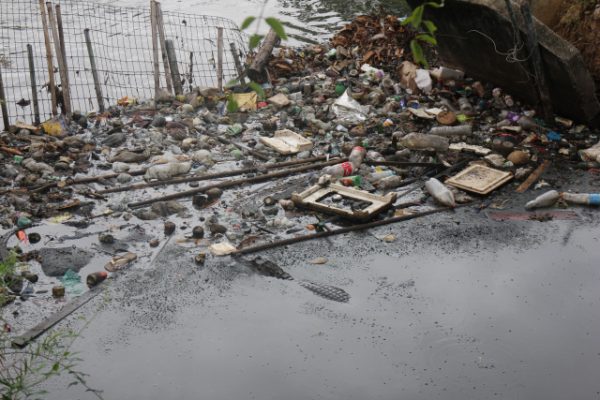 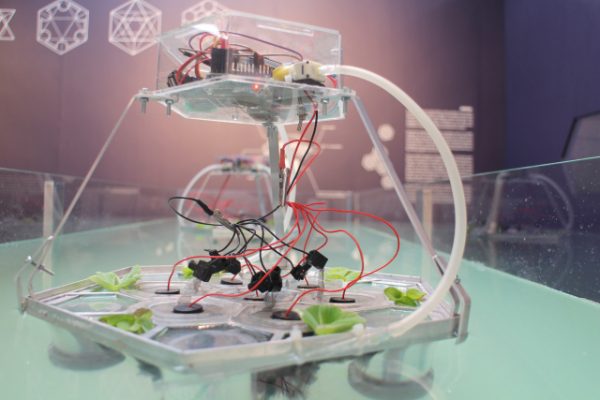 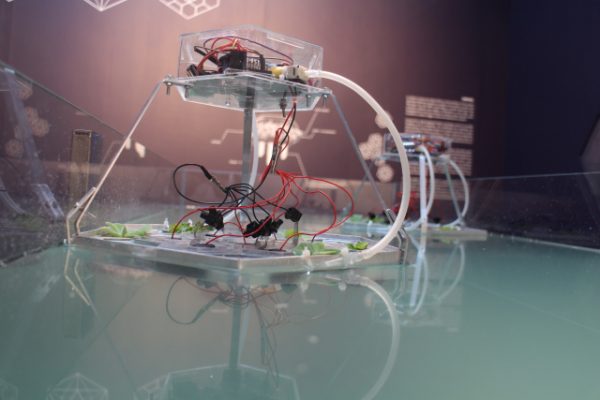 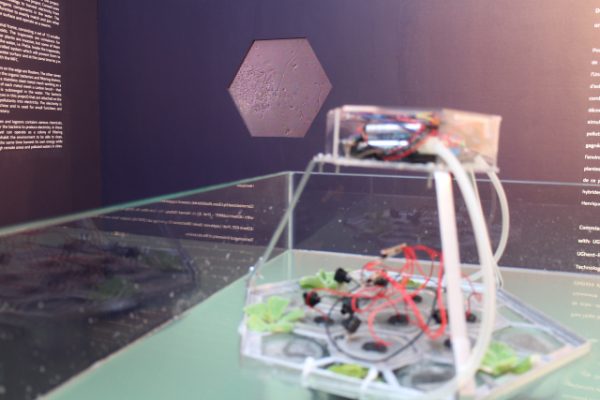 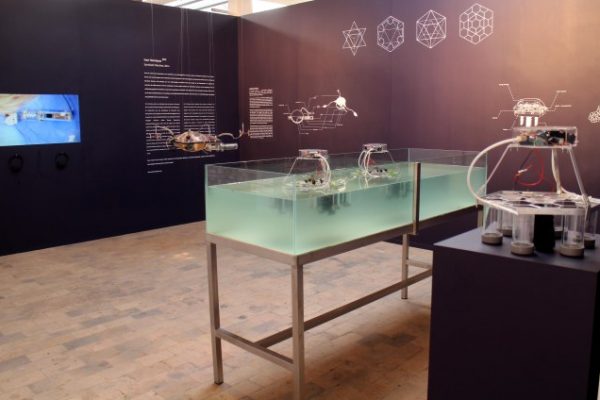 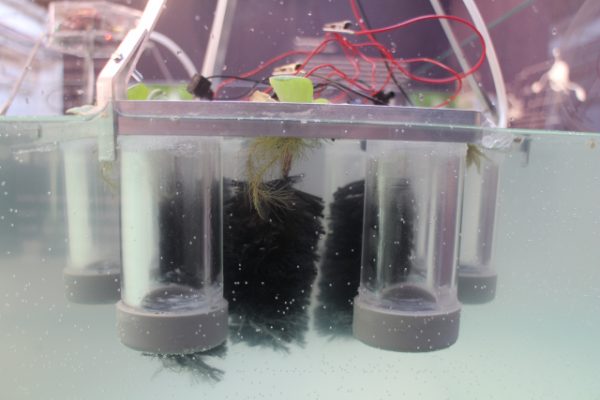 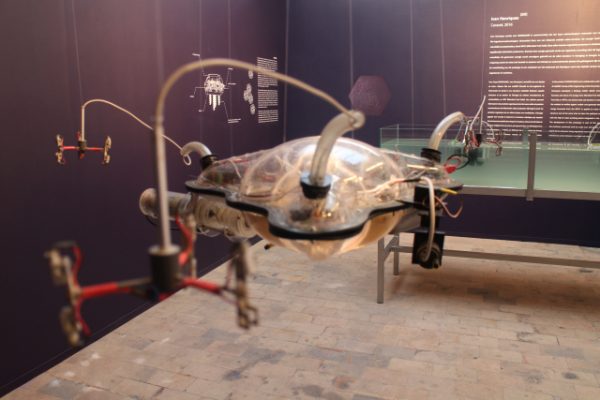 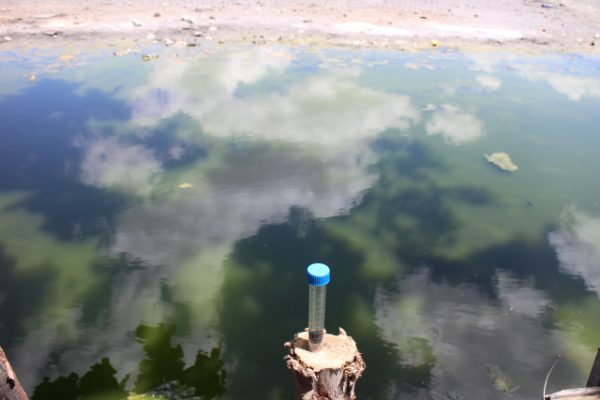 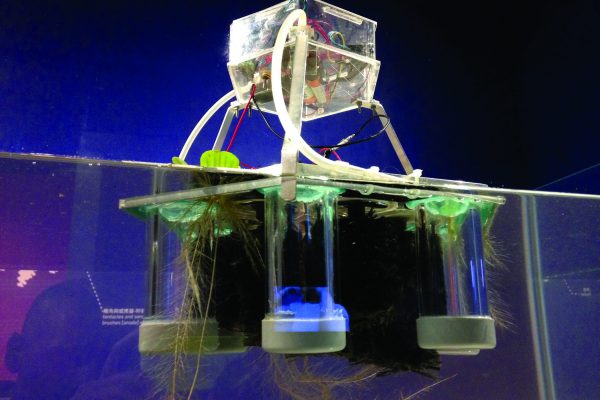 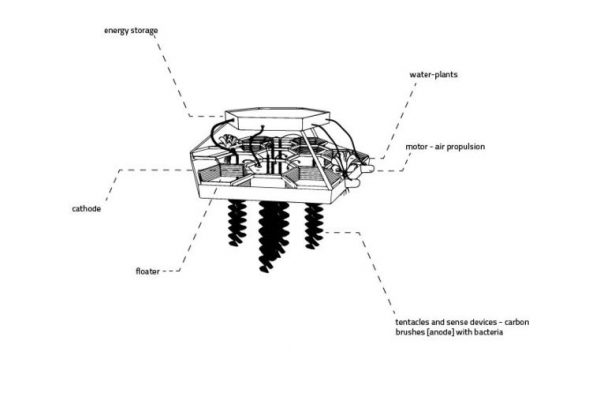 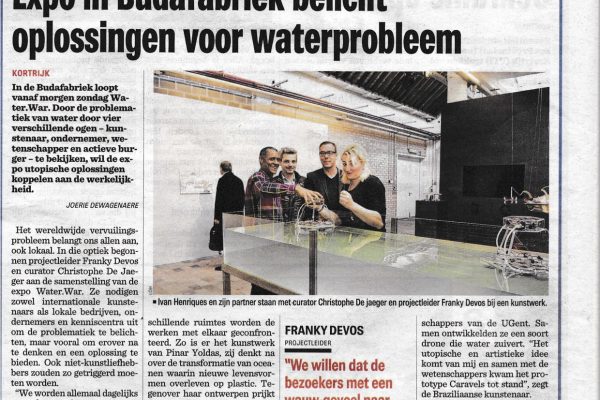 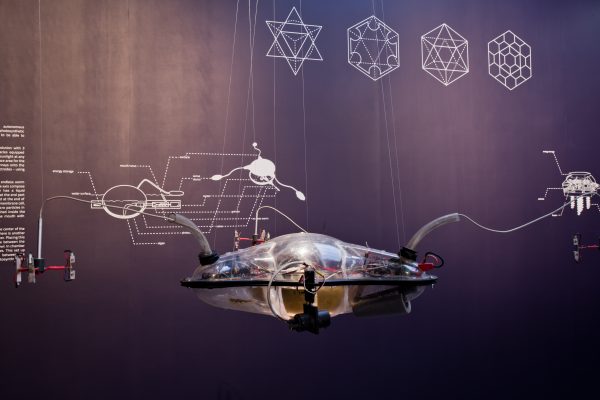 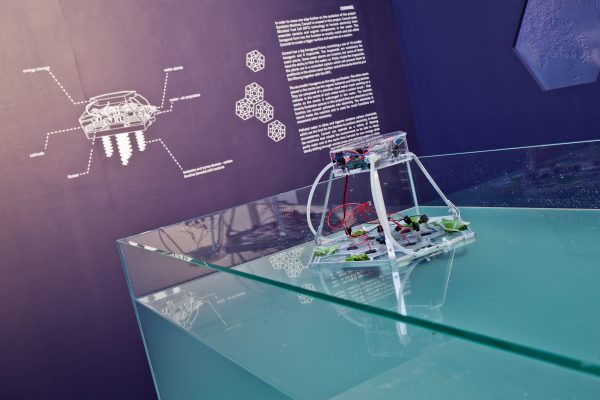 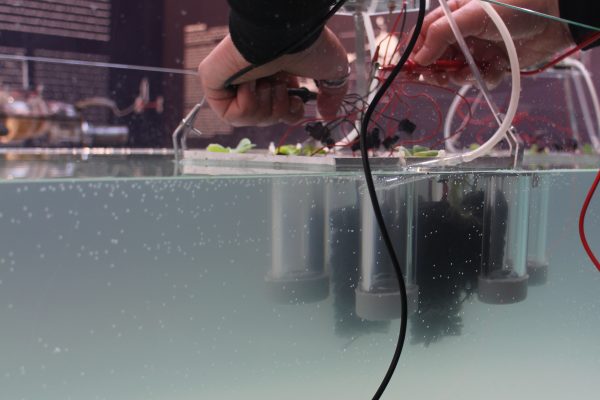 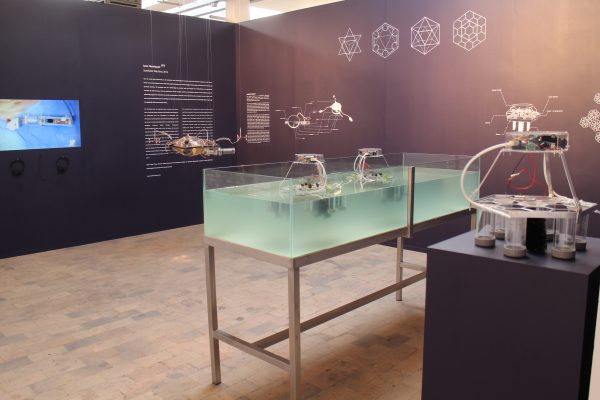 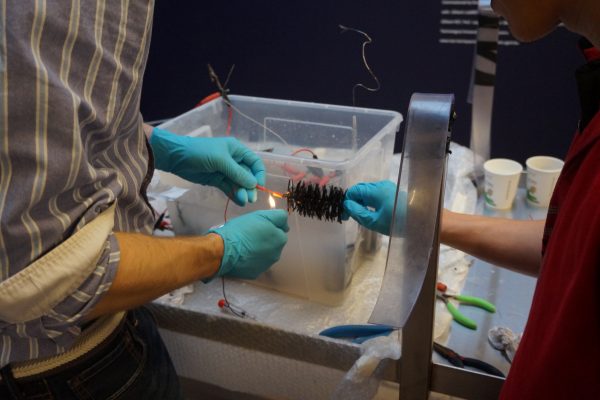 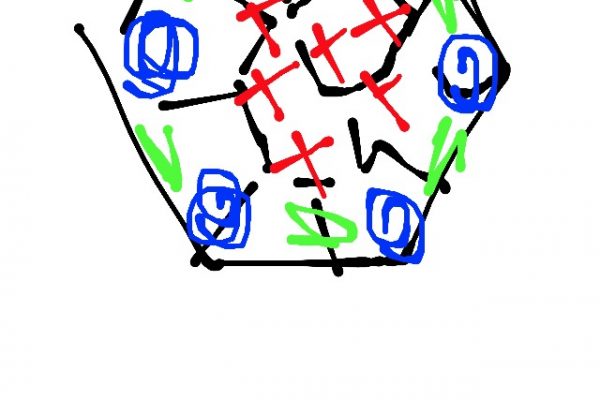