Prototype for a New BioMachine

Prototype for a New BioMachine

As the invitation from CBK Drenthe, Assen/NL, for the exhibition ‘Nature Now‘ the work titled ‘Prototype for a New BioMachine’ is developed. This prototype is the continuation of JAP and beginning of a further research about living organisms connected to machines. Some improvements have been done concerned to interactivity, as it was used another plant, with scientific name Homalomena. This plant has bigger leafs, which increased the interface size. And the improvements are also concerned to stability, redesigning the electronic board which will be able to provide enough flexibility for future developments.

How can we create autopoietic (*) machines that maintain an organized autonomous robotic structure assembling living organisms and machines? Can we re-create a world which is more coherent with all the specimens?

The final goal of this research is to assemble, even more, wet and dry machines to live together, creating a symbiotic relationship. The idea is to work in nano scale – this also happens with JAP and the PNBM as the data which is collected from the plant and processed via the electronic board, are from the flows of electrons. To further research into nano scale will be possible to extend and amplify energy from living organisms to develop an autonomous Symbiotic Machine.

(*) Humberto Maturana and Francisco Varela. Concept of Autopoiesis in the book Autopoiesis and Cognition > here 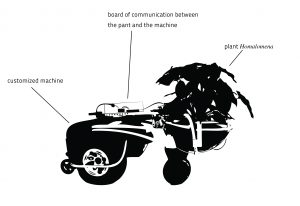 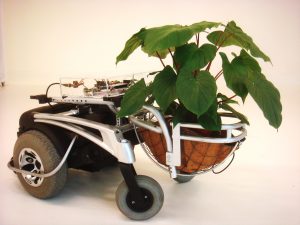 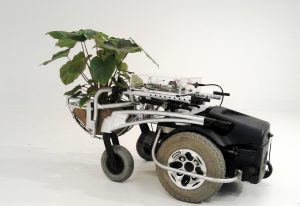 Prototype for a New BioMachine, 2016 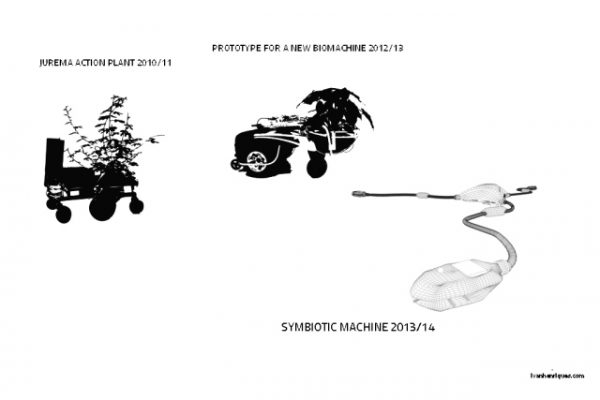 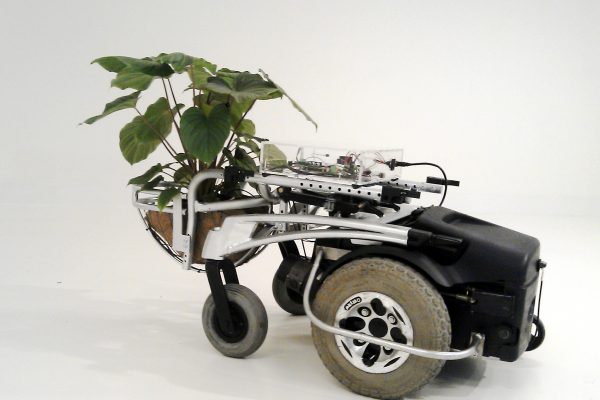 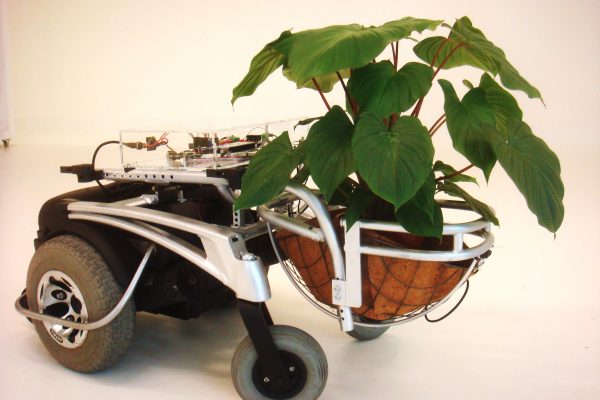 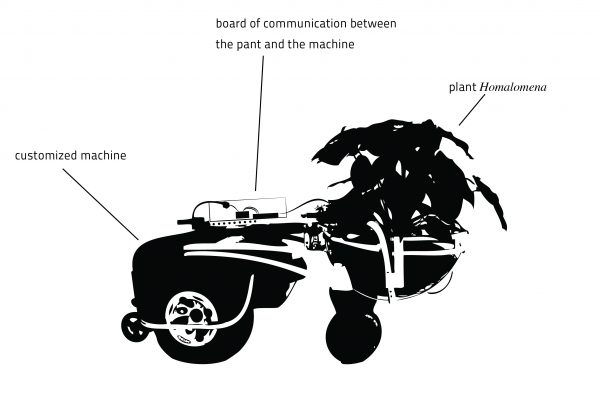 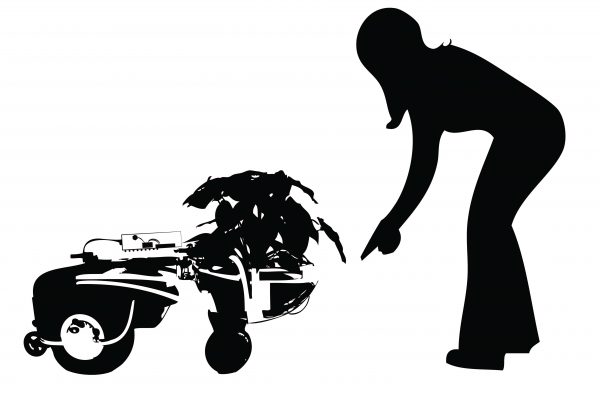