Interactive floating kinetic sculpture, developed during the artist in residency program from Willem de Kooning Academy in Rotterdam with students as part of their school internship, build especially for Henriques solo exhibition titled Relandscape in Rio de Janeiro (Aug – Oct 2016). This bio machine was built from existing technologies that the artist has hacked, as many of his creations. It is in the same research line of evolution which Symbiotic Machine has begun in 2014 and were continued by the creation of Caravel, in 2016.

The main idea is to to create a combined bio-mechanical system: people’s displacement to generate sufficient energy to pump the water to be purified by an hydraulic system. This system is a combination of a spiral pump connected with tubes in which bacteria are living. These bacteria are fed on the organic materials in the water that are one of the leading causes of water pollution.

In comparison to the other aquatic bio machines developed by the artist, with the Waterbike project the public is invited to interact with the machine’s operating system, which was designed to have a continuous life outdoors. The need of human propulsion opens a new context of the evolution of Henriques’ works: the possibility that people can act in a playful and conscious relationship – not alienated – with the machine.

Since this work is completed, more inclined to leisure than labor, it goes against the Fordist model of interaction between man and machine – in which the best picture is still the one Charles Chaplin bequeathed to us in Modern Times (1936). It is important to say that this project was also motivated by the artist’s approach of the actual conditions of Rio de Janeiro State lagoon’s system and Rotterdam’s harbour, composed of small and large ponds  in Rio and canals and ponds in Rotterdam, which are absolutely polluted – some covered by algae and microbes such as Piratininga Lagoon, located in the oceanic region of Niterói, Lagoinha, located in Chico Mendes’ Municipal Natural Park (PNMCM), in Recreio dos Bandeirantes neighborhood and the harbour in Maas river in Rotterdam. 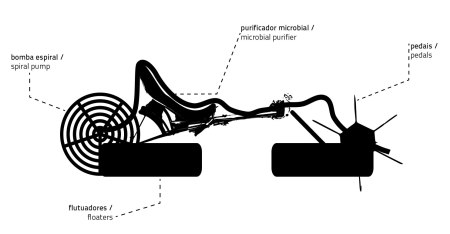 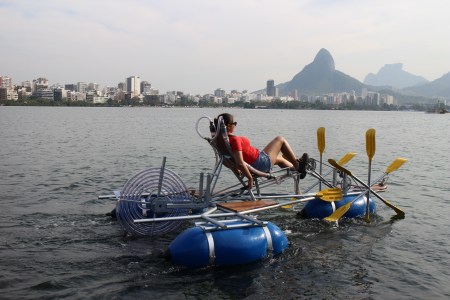 This project was made possible by: Stimulerings Fonds, Mondriaan Fonds and Secretaria de Cultura do Estado do Rio de Janeiro 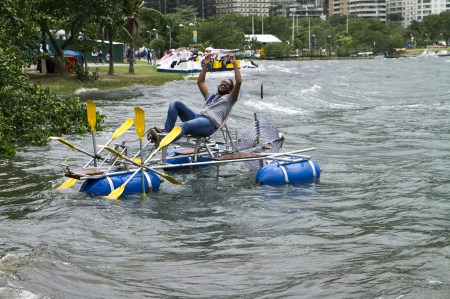 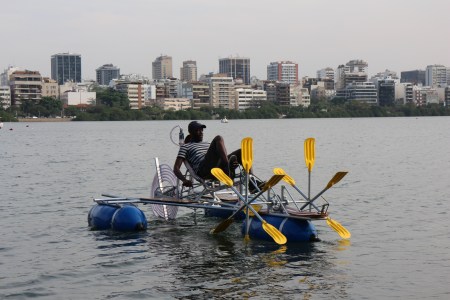 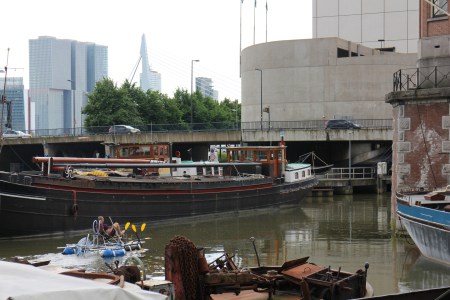 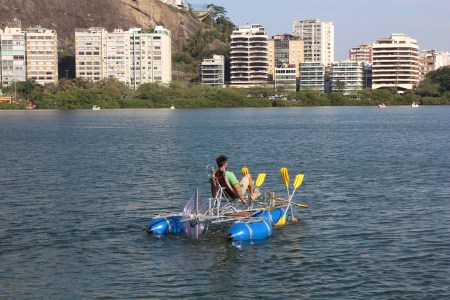 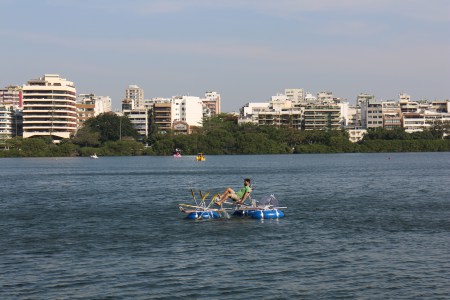 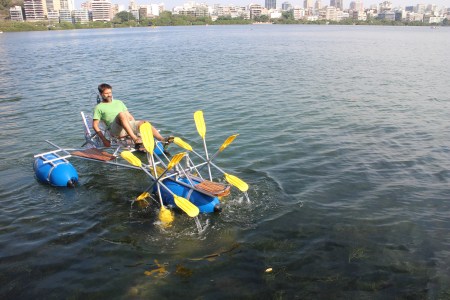 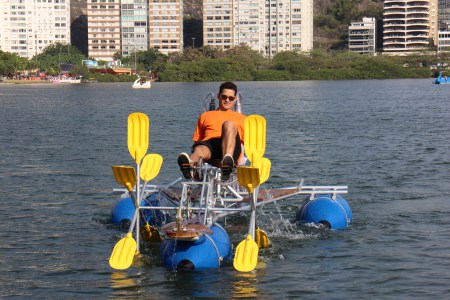 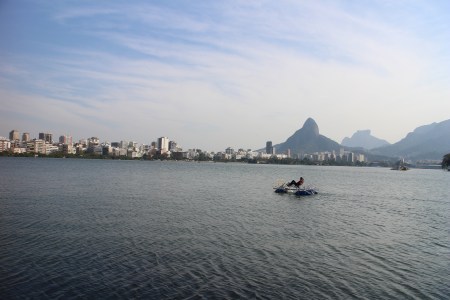 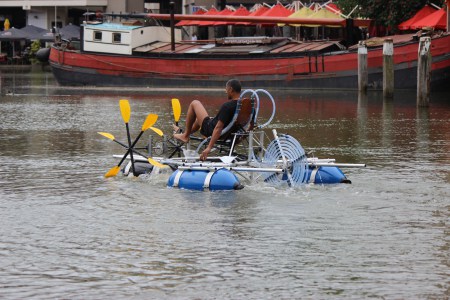 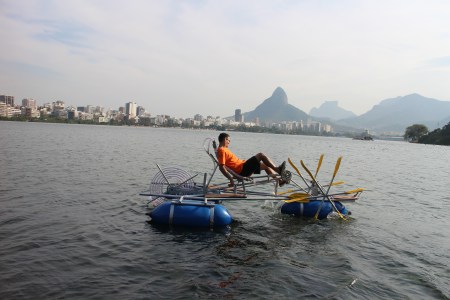 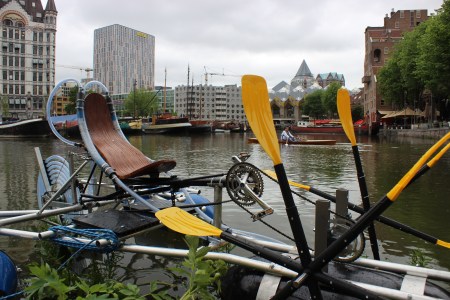